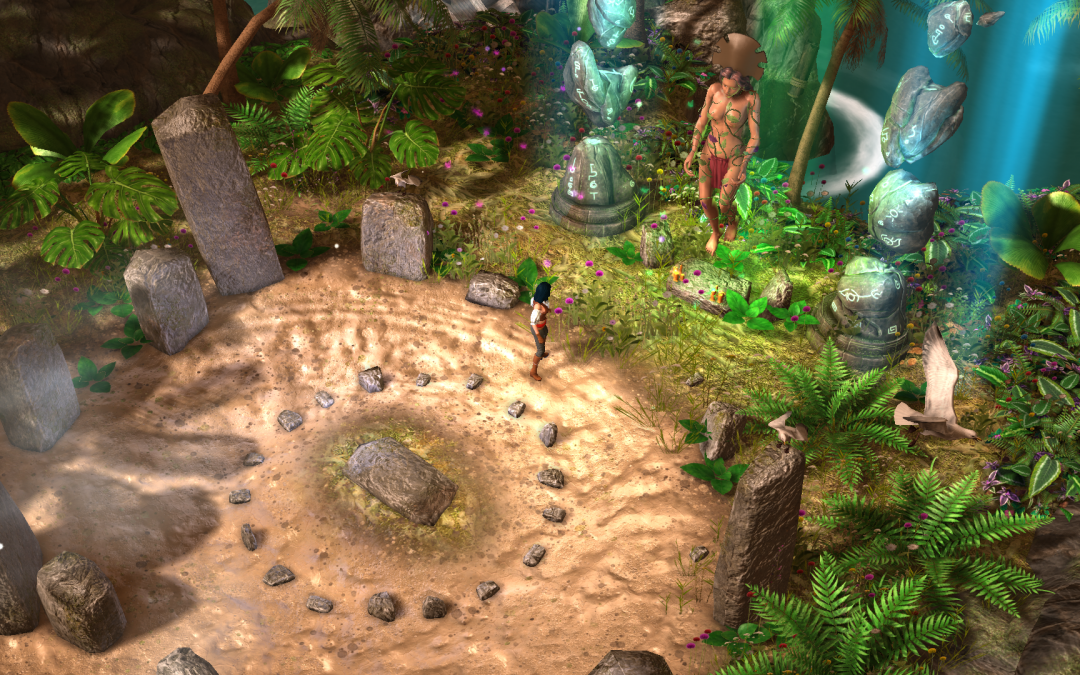 Well, I just discovered two things buried in my ever-packed email inbox: Ember (reviewed here in its PC incarnation) is on Switch and I need to get this at some point because it’s a good game worth a few replays. That and developer N-Fusion has teamed up with another indie developer, NY and LA-based Digiart Interactive to bring the comic-based game Aluna Sentinel of the Shards to PC and console players. It’s set for release this year on PC and consoles, but I’m just getting to seeing the news and yes, I’m sharing.

I’d thought I’d never heard of Aluna’s creator, Colombian-born actress, producer and writer, Paula Garces, but her name didn’t click until I realized when looking up some info that wow, she’s been in quite an impressive body of work and Aluna has quite an interesting setting (to say the least).

Okay, I’ve been ignoring social media for a few months because it’s a pain in the neck as times, so there’s that as well. Still, now that I’ve seen the game and comic, color me intrigued. We also love isometric RPG’s here at DAF, so this one will float that particular boat and of course, we’ll also see where the story takes its characters.

I really like the look here and the art style has a nice throwback look and feel to some classic PC role-playing games, so that’s a good sign to my eyes. I’ll have to see if review code is still available so I can write something up on this one.