Actress known worldwide for her roles in Rebel Spirits, Che Guevara, The Sopranos, The Shield or Devious Maids, Paula Garces has more than one string to her bow and launched, in 2008, in the creation of a Super Heroine of Hispanic origin, having realized that this community was largely under-represented in the genre. Little by little and almost a dozen comics later, “The World of Aluna” is transposed into a video game in “Sentinel of the Shards”, an Action-RPG PC and consoles planned for this year and taking place in the heart of the Inca Empire! The opportunity for N-Gamz to discuss with the passionate Miss Garces about her new project developed by Digiart Interactive, but also about her vision of the video game world and the place of women in it!

N-Gamz: Hello and thank you for this interview, we are N-Gamz.com, nice to meet you, Miss Garces. First of all, could you tell us more about this first game entirely dedicated to Aluna? Is it an adaptation of the history of comics or a whole new scenario?

Paula Garces: First I would like to thank all of the readers of N-Gamz and thank you for your interest in Aluna. The game, Aluna: Sentinel of the Shards, is a continuation of the story told in the Aluna comic series “The World of Aluna”, co-written by the incredible team behind the games Assassins Creed and Batman Arkham Origins (Ryan Galletta, Corey May and Dooma Wendschuh). We wanted to tell a story that would be enriching for everyone who knows Aluna, allowing them to explore the world and the characters featured in the comic. But we also wanted to attract new fans by creating a whole new adventure adapted to the gameplay of the software and an introduction to the backstory to keep new fans up to date with the history of Aluna. 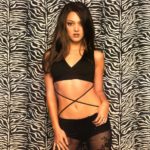 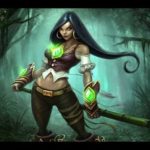 “When Aluna became a hero in the Heroes of Newerth game, a lot of players were like, ‘Really? A celebrity in our game? “

NG: Why did you choose the Diablo hack’n slash style for Aluna?

PG: We chose Action-RPG (Editor’s note: typed Hack’n slashle) because it allows so many unique combinations between player skills (their special abilities), weapons and loot. Aluna is a character who constantly discovers that she has new powers, and then uses them. Players can do this in-game by exploring and unlocking abilities in Aluna’s three main skill areas. We also have a wide variety of weapons, armor and equipment from the Old Continent (Europe) and the New World (America). Players can equip Aluna with decorated Inca skin armor or conqueror plate armor as they see fit. Additionally, the weapons available for Aluna range from macanas and arrowbows to rapiers, crossbows, and rudimentary rifles and pistols. 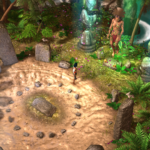 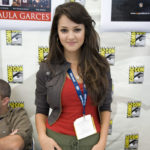 “The game, Aluna: Sentinel of the Shards, is a continuation of the story told in the comic series The World of Aluna”

NG: What made you want to create a Hispanic superhero?

PG: First of all, I’m Hispanic, so I guess it would be my first inspiration, lol. In fact, I was at the Comic Con convention in San Diego many years ago and I realized that even though there were many people of different ethnicities, the heroes on most book covers did not not represent the fan base that was there to support them. When I got home, I immediately started working on creating a hero who was female and Hispanic. By going deep into all the mysticism of the indigenous tribes of South America, making her Hispanic seemed natural to me.

NG: What was the most difficult thing to create for Aluna?

PG: I think the most difficult thing in creating a female hero is making sure that it can be enjoyed by everyone. By that, I mean I didn’t want it to be reserved for readers, although it is important. I wanted it to be appreciated by everyone. I quickly realized that just being organic in its history was the best way to do it.

NG: Superheroes are very popular in the movies right now, especially thanks to the Disney-Marvel duo. Do you plan to adapt Aluna to the cinema one day?

PG: Well, I think in the end it would be the Holy Grail for this character. And even if a lot has changed in Hollywood when it comes to trying your luck for female heroes, I think they are always very afraid of trying something new characters that are not from the Marvel universe or DC. I’ve had a lot of meetings over the past few years where Hollywood executives love Aluna but it has never been further than a meeting. This will not prevent me from continuing to present her story (Editor’s note: to the leaders of the film industry), because there is really nothing like it in Hollywood. It’s about finding the right person who can think outside the box.

“Gamers and comic book fans need to see that you’re not just putting your face on a blanket, you’re really rolling up your sleeves!” ”

NG: Did your great experience as an actress in successful series like The Shield or Devious Maids help you in the conception and promotion of your own comics and video games?

PG: Well, it certainly helps get interviews. Being an actress at first was more of a challenge because fans of the comic and video game world are a little more finicky about who comes into their world. They should know that you are not just putting your face on a blanket, but that you are really rolling up your sleeves and entering the trenches with them. I have been to many comic-con games before, when it was smaller and less Hollywood-oriented, and I think a lot of fans who come to see me, year after year, appreciate it. I also enjoy seeing the same familiar faces whenever I have the opportunity to come back to them. I mean that many times I will show up there just for the love of giving and receiving more than to promote Aluna. When Aluna became a heroine in the Heroes of Newerth game, many players thought, “Really? A celebrity in our game ??? ”. It didn’t take long for them to welcome me and Aluna when I interacted with them via GCD conventions or simply via social media. 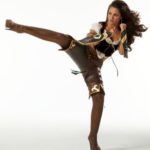 “Gamers are more accepting of games where women are the main characters than Hollywood. “

NG: Do you think that women are sufficiently represented in the world of video game creation? Did you experience difficulties in this environment because you were a woman?

PG: No and no! The movement is definitely going in the right direction. You can see more female characters adorning the covers of the games, but certainly not enough. I hope Aluna’s success will help bridge this gap and also open doors to other great independent games led by women. As funny as it sounds, the gaming community accepts more games in which women are the main characters than Hollywood. This community may be younger and more receptive to the changes of this world. 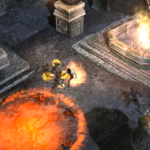 NG: The Action-RPG market is rather dense. What do you think will make Aluna stand out from the crowd?

PG: The unique setting of Aluna is very attractive. It is a mixture of historical fiction and fantasy. The Inca, Mayan and Aztec gods are the game’s legendary heroes, enemies and bosses. We think players will enjoy spending time in this world, interacting with its characters, and discovering its secrets. We have a story in this game that will set us apart from most.

NG: What advice would you give to people who would like to make a video game so that they make themselves known?

PG: One of the best ways to start creating games is to modify existing games and make your changes available for free online. Find a game you love with a large fan base and start creating extended content (levels, items, characters) or other game modifications, spread it to players, and interact with the community. It’s a great way to start because it’s faster and much more doable than starting your game from scratch! 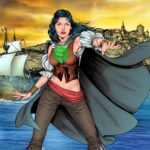 “At Comic Con San Diego, the heroes on most comic book covers did not represent the fan base who were there to support them!” “

NG: The Aluna video game may take you a long time to design, but do you still have time to play video games? If yes, what are your games at the moment?

PG: I would like to answer yes to this question because “I LOVE VIDEO GAMES” !!! But as you know, playing video games is serious business. Between playing, writing, spending time with family and everything else, I can’t find the time. I mean, I’m sure you all know what I’m talking about: to sit in front of your screen, whether it’s mobile, console or computer, you need concentration and time to immerse yourself in this world. It is truly an experience like no other in the entertainment world. Whenever I settle in, ready to play, something pops up and stops me.

NG: In your opinion, what is the difference between telling a story in comics and in a video game?

PG: Comics are similar to books, movies and television in that they tell a fixed story. When you develop a story for a video game, you are always challenged by its interactive nature. The player does not only look at the character in the story, he IS the character in the story! One of my strategies to deal with it is to make sure that the players feel that the events of the story don’t just happen in front of them, but happen because of them. The player’s actions have consequences and you have to make them feel the weight of that. It’s a great way to get the player involved in an interactive story told in a video game. 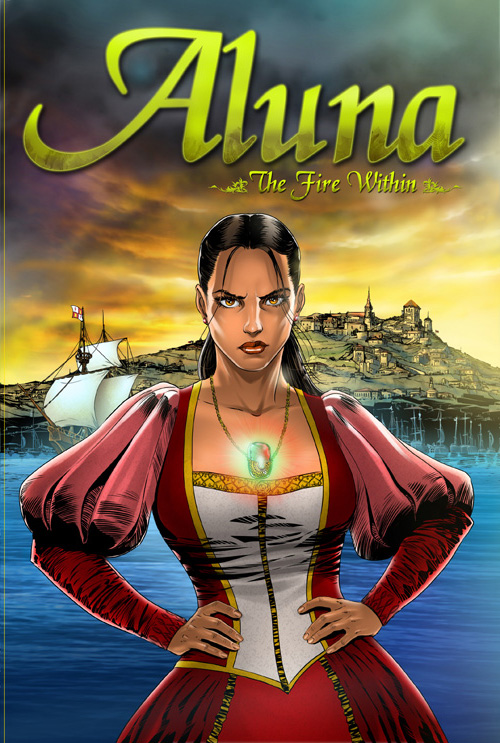 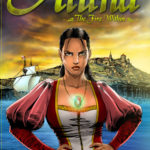 NG: Do you have a final word for our readers?

PG: Yes, we have to go out and support independent projects, whether they are comics, video games or movies. You really learn to respect all the hard work and the great people who work hard to make the magic happen. So on that note, come and support our team, we’re live on Steam – Aluna: Sentinel of the Shards. Visit us and click on the wish list. You can also follow me on Twitter @ Paulagarces1 or Instagram @therealpaulagarces and say hello. See you soon !!!

NG: Thank you for all the time you spent with us during this interview. We wish you the best for the future of Aluna!